As a child, I hated naps. And I mean HATED them. I recall lengthy negotiations with my mother to avoid the dreaded downtime, which I never completely talked my way out of because I always ended up in my room. But, instead of sleeping, I spent an hour lying in my bed – wide-awake and fuming that I was being forced to rest.

As a perpetually exhausted working mother of one and one on the way, I’d give most anything to have time for extra shut-eye during the day. I look at my own toddler, who makes no refusal for her daily nap, and think what a smart (and lucky!) girl she is.

Time constraints aside, there’s a stigma of laziness and lack of ambition associated with a daily slumber, especially in our workaholic American society. After all, the only people who nap are toddlers, the elderly, and maybe college kids, right?

While those groups may be the only one’s society deems acceptable to take naps, research has shown that a nap does a body – any aged body – good. And in convincing yourself that napping is OK, it might be helpful to remember these famous nappers: Winston Churchill, Albert Einstein, Ronald Reagan and John F. Kennedy. Each of them touted the benefits of a daytime snooze, and I’d categorize them as quite ambitious, wouldn’t you?

Sleep studies say the key to a successful nap lies in its duration and time of day. A short nap, about 10-20 minutes, has proven to be the most effective. According to the National Sleep Foundation, a nap of this timeframe improves alertness, perks up your mood and enhances performance, especially in the period following the nap, and possibly extended in the hours afterwards.

A nap of this length – a true catnap, indeed – will take you from drifting off, or Stage 1, to Stage 2, when brain activity slows. Anything beyond this takes the sleeper into a deep, slow wave sleep, resulting in sleep inertia – the dreaded groggy and disoriented state that can impair one’s ability to think clearly and effectively for a period of time after the nap.

When a nap occurs during the day also has a significant impact on its effectiveness. The best time of day to nap is in the afternoon, between 1 and 3. Due to the body’s inner clock, most people experience a rise in melatonin during this time, resulting in an energy decrease and the onset of drowsiness. What’s more, the timing of this post-lunch sleepy period allows for enough wake time between nap and nighttime slumber.

Finally, for the ultimate in power naps, try a “Caffeine Nap.” While it might sound contradictory, it’s actually backed with research that shows its combination is more effective that coffee alone or a power nap alone. Here’s why:

It’s believed to be related to the competition of 2 chemicals – caffeine and adenosine. Adenosine is a sleep-inducing compound that builds in your brain during awake hours and is used up while you sleep.

The effects of caffeine generally peak around 30 minutes after consumption. So, if you sleep for 20 minutes, that’s 20 minutes that the adenosine has to dissipate in the brain. Upon waking, there’s less adenosine that the caffeine has to compete with when it begins to kick in. The result is a 20-minute pick-me-up nap that’s boosted with a perfectly timed shot of energy.

So, next time you find yourself dragging mid afternoon, find a quiet spot with dim lighting, put the stigma of napping aside (down a cup of Joe if you can!) and take a quick snooze. Your body and mind will thank you. 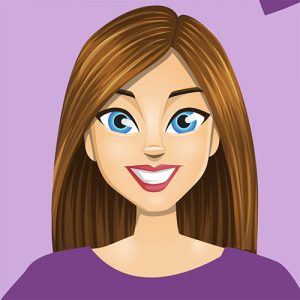 7 Snacks for the Sleep Challenged